Posted by: Mahender November 22, 2021 in Entertainment 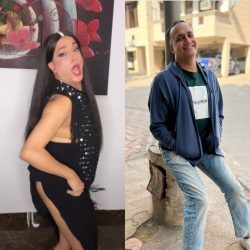 Social media dwells around a certain set of stigmas and battling these can be tough. Popular talent manager and co-founder of Runway Lifestyle, Daman Chaudhary is one such person who is breaking some stigmatic stereotypes since a long time on social media. Where a certain dance numbers were always said to be for females only, Daman is not only dancing on those but also acing like a pro. Despite of being at such a senior post Daman followed his heart eventually has now become a content creator and nailing it with his moves.

Coming hails from a normal middle class family, born in Dehradhun and then Chandigarh, he started his journey with the service industry. He later went to handle backstage work for all big Bollywood award shows. He’s been a backstage head for some big fashion shows including Lakmé and FDCI. He loves to dance and also embracing his true self.

Daman shares, “When I started the making my dance videos, along with the love, there was so much hate too. I always loved dancing infact I used to do lypsing and make videos by playing songs much before tiktok or reels came. But I thank the haters for pumping me up and helped me focus more on the love. Lockdown became like a blessing in disguise when I actually got tons of messages from random people about how they love my confidence and zest for life it’s all their support that I have reached where I am today in my content creation journey. Never ever thought my videos will get million views.I love dancing and it is void of gender roles. I will keep making more such videos and entertain you all. Keep supporting. And, to all those hiding their talents due to societal pressure, do it for yourself and see the happiness.”

Kiyoe Yoshioka’s song, ‘Dekoboko’ is going to be the opening theme song of the Japanese Anime, “A Couple of Cuckoos”