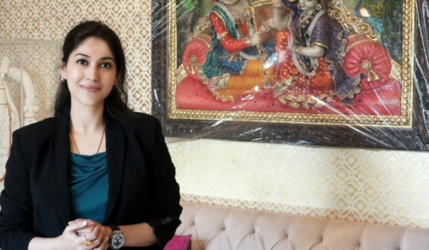 Out of the four major sub-sectors – retail, commercial, housing and hospitality; housing (residential) and commercial property segments are witnessing a boom.

Real estate sector ranks third among the 14 major sectors in terms of indirect, direct and induced effects across all sectors of the economy. On the back of a significant growth in retail and commercial sub-sectors, the real estate industry is estimated to grow to US$9.30 billion by 2040 from US$1.72 billion in 2019. It is set to reach a market size of US$1 trillion by 2030 from US$ 120 billion in 2017 and expected to increase its contribution to the GDP of the country from 7 per cent in 2019-2020 to 10 per cent in 2030.

Indian real estate market is certainly on the verge of a new growth cycle and it would be worthy to make the best use of it, says Radhhika Rakesh Garg, Director Rajdarbar Group. Out of the four major sub-sectors – retail, commercial, housing and hospitality; housing (residential) and commercial property segments are witnessing a boom. According to Garg, a decrease in the repo rates is a major reason for boosting the sale of houses.

As per the reports, repo rates have reduced from 4.4 per cent in 2020 to 4 per cent in 2021leading to an ease in home loan rates. Apart from this, government is also working towards providing people with beneficial affordable housing schemes. “Using the government’s housing scheme and initiatives like Pradhan Mantri Awas Yojana (PMAY), Pradhan Mantri Gramin Awas Yojana, DDA Housing Scheme, Credit Linked Subsidy Scheme (CLSS), among others, several families have realized the dream of owning a house”, says Rajdarbar Group’s Director Radhhika Rakesh Garg.

One may note that these schemes are beneficial not only for the middle income groups, but also for the low income groups. With such incentives being taken in the wake of current scenario, a positive image has developed in the minds of the people. The work from home culture has allowed for an increased demand for comfortable and affordable homes.

The focus may have shifted, but the change in the buyer sentiment is a major force behind the significant growth in the real estate segment, which has ultimately emerged as a buyer’s market.

2021-11-10
Mahender
Previous: 5 Things to Look for in a New Sales Executive
Next: Boys Haircuts You Should Try This Year

Electric two-wheelers can pave the way towards an energy-independent, self-reliant future for India