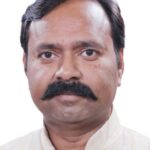 Ashok Kumar Rawat is an Indian politician and a Member of Parliament (MP) from the Lok Sabha constituency of Misrikh in the state of Uttar Pradesh. He is a member of the Bharatiya Janata Party (BJP). Misrikh Lok Sabha seat comprises assembly constituencies of Misrikh, Bilgram-Mallanwan, Balamau, Sandila and Bilhaur. Misrikh is famous from a spiritual perspective, as it is considered as the birthplace of Dadhichi, a revered Hindu sage.

As political equations changed in Uttar Pradesh after 2014, Ashok Kumar Rawat decided to switch sides. It was in April 2018 that Ashok joined BJP. Along with him, other members of BSP had also joined BJP. It was a good move from a political perspective, as Ashok was able to win again from Misrikh in 2019 Lok Sabha election.

2019 election in UP was among the toughest for BJP, as other opposition parties had united to fight under a common banner of ‘Mahagathbandhan’. But Ashok was still able to defeat his nearest rival Neelu Satyarthi of BSP by a comfortable margin of more than 1 lakh votes. This win cemented his position in the party and proved his dominance in the region.

Ashok Kumar Rawat was born on November 26, 1975 to Shri Gobardhan Lal and Smt. Meena Devi. He was born in Hardoi, a city in Uttar Pradesh. He has studied at Lucknow University and has a M.A. degree. He is married to Monika Rawat.

Ashok Kumar Rawat is associated with a wide range of social and cultural activities. He is actively involved in projects that seek to provide education to poor children. He likes to listen to old songs and music and watch stage shows, folk dance and movies. In sports, he likes cricket, badminton, shooting and tennis.