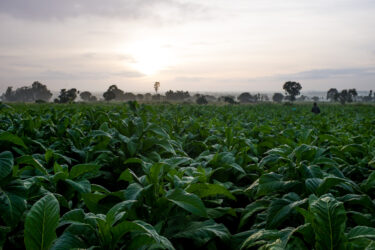 • Illicit cigarettes currently exceed 1/3rd of legal volumes, and any further increase in taxes will be catastrophic for the local industry

• Rising inflation has made consumers of finished tobacco products extremely price sensitive; even a marginal increase in their prices will make consumers throng to the illegal brands

New Delhi, 4 January 2023: Federation of All India Farmer Associations (FAIFA), a non-profit organization representing the cause of millions of farmers and farmworkers of commercial crops across the states of Andhra Pradesh, Telangana, Karnataka, Gujarat, etc. in their pre-budget appeal to Hon’ble Finance Minister, Smt Nirmala Sitharaman have requested to treat tobacco crop like any other agricultural produce and not put additional burden of taxes on legally manufactured products in India as that would have an adverse impact on tobacco farmers .

The farming community is very concerned with the unabashed push by vested interested NGO’s whose agenda is to push for growth of international tobacco through smuggled cigarettes as it helps the foreign brands to make further in roads Into Indian market. The vested groups misrepresented facts on incidence of tax on tobacco products in India and with rising inflation consumers do not have any more elasticity to keep buying them at these unaffordable prices. They have been switching to cheaper illegal and smuggled brands at a much faster pace, leading to a loss of revenue to the Government and loss of livelihoods to Indian farmers.

Agenda, propagated by NGO’s foreign funded wants to flood Indian market with smuggled cigarettes. As per Euromonitor International, Illicit cigarette volumes in India registered a whopping 38% increase in a decade from 19.5 billion sticks in 2011 to 26.8 billion sticks in 2021. This has made India 4th largest illicit cigarette market in the world wherein the illegal volumes contribute to more than one-third of legal volumes.

The farming community have also demanded for extension of benefit under RoDTEP to the tobacco sector. This incentive is eminently aligned to the objectives of the Foreign Trade Policy and will also give a level playing field to produce of Indian farmers in the international market thereby bringing in forex and income generation to farmers.

This increase has resulted in shrinkage of FCV crop size by a sharp 40% from 316 million kg per annum in 2013-14 to 189 million kg per annum in 2021-22 leading to 35 million man-days of employment loss. The tobacco farming in Andhra Pradesh and Karnataka have also faced hardships because of regular cyclones and floods in the states and only source for farmers in the drought prone region is to grow tobacco as no other crop is equally remunerative in the dry and arid regions.

Mr. Javare Gowda, President, Federation of All India Farmer Associations (FAIFA) said, “The rise of illegal and smuggled cigarettes is a result of extremely high taxation and extreme regulation on legal cigarette industry in the country. Internationally smuggled and domestically manufactured tax evaded cigarettes are cheap and attractively priced because these cigarettes evade the payment of GST or any other applicable tax and offers higher trade margins to retailers. Consumers also prefer them because packs do not carry any specified pictorial warning as per regulation of Indian government. We urge the policy makers to be reasonable and fair in the upcoming union budget and do not take any steps that affects the legal domestic Industry with severe consequences on tobacco farmers livelihood.”

Today, legal cigarettes have become unaffordable in India. As per a WHO report, the affordability of Legal Cigarettes in India has reduced sharply from 2010 to 2020. This sharply reduced affordability has fueled
the growth of illicit cigarette trade in India which registered an increase by a whopping 38% over the last decade.

Pointing to the plight of FCV tobacco farmers, Mr. Murali Babu, General Secretary, Federation of All India Farmer Associations (FAIFA), stated, “The above situation is stressing the farm community as consumers shift to smuggled cigarettes that do not use domestic tobacco. Given that India has a huge and widespread dependence on the tobacco crop for livelihood, the government must act reasonably and responsibly to bring price parity between cigarettes and other forms of tobacco to check the illicit cigarettes market which has grown exponentially at the cost of legal cigarettes jeopardizing tobacco farmer’s interest and government’s tobacco control goals.”

It further highlighted that the growth of the illicit cigarette market in the country is causing massive revenue loss to the exchequer further limiting the government’s ability to help farmers refine their products for global markets through innovations. As per FICCI CASCADE’s recent study, the total loss to the economy because of cigarette smuggling has been Rs 13,331 crores while the total employment opportunity lost in the sector is about 3.70 lakhs.

The approach taken by the government to make tobacco products unaffordable by high taxation policy to discourage its consumption has been counterproductive. Also, there is no clear evidence to show that there is a decline in tobacco consumption as a drop in legal cigarette demand is matched or even exceeded by the exponential rise in the illicit cigarette market and growth in demand for other forms of tobacco. It is high time that the government takes an all-encompassing approach to meet its tobacco control goals.

We appeal to the Government to have a taxation policy, that dis-incentivizes smuggling. Such policy will balance in sustaining livelihood and reduce revenue leakages. We are sure that a right policy of tobacco control both in terms of taxation and graphic health warnings will be in the long-term interest of India.