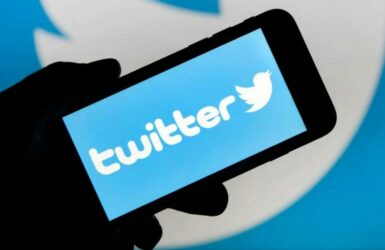 SMS-based origins – Twitter had started out as a SMS-based service. At that time, 160-character limit of text messages was kind of borrowed. Although it was possible to add more characters, it would have split the message into two or more parts. 140 characters were to be used for the tweet content and the remaining 20 was for username. Since Twitter did not want people to wait for second or third message, it was decided to keep the limit to 140 characters for tweet content.

It was in 2017 that Twitter decided to double the limit to 280 characters. It was felt that in some cases, people were finding it difficult to properly express themselves in 140 characters. The updated limit of 280 characters continues to be in use. It is unlikely that Twitter will change this now.

Keep things crisp and concise – Another key reason for character limit on tweets is that Twitter wants to keep things short and crisp and to the point on its platform. In their own words, Twitter had stated that the platform is all about brevity. If there was no character limit, people would most likely start writing stories or long worded articles and blogs. This would make things quite boring and go against the original purpose for which Twitter was created.

By keeping a character limit, Twitter ensures that users are to the point and clear about what they want to say. Short tweets are a lot more interesting and make a stronger impact. They also have high recall, which is another key benefit for influencers and marketers. Rapid dissemination of information is also much easier with smaller tweets.

Character limit already underutilized – Data available with Twitter shows that only around 9% of tweets were equal to or more than 140 characters. This would have reduced further, as the limit has been increased to 280 characters. As only a small percentage of users are utilizing the max character limit, it is quite unnecessary to increase it any further.

Last but not least, having a character limit reduces the load on Twitter servers. Text occupies very little space, but things tend to add up when people across the globe are constantly tweeting about something or other. This may not be a primary reason for the character limit, but it can be useful for the platform in an indirect manner.

2021-12-17
Satya Prakash
Previous: New WHO Global Competency Standards aim to strengthen the health workforce and support provision of quality health services to refugees and migrants
Next: Kardome Partners with Knowles to Live Demo its Voice Recognition Technology at CES 2022

Why Microsoft No Longer Serious About Fighting Piracy?