18,500 Toys Seized from Retail Stores in India for Lack of Safety Standards Compliance 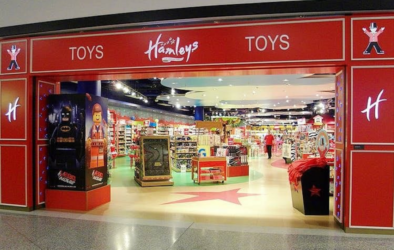 On January 12th, 2023, over 18,500 toys were seized from retail stores, including Hamleys and Archies, in India for lack of Bureau of Indian Standards (BIS) quality mark. BIS is a national standards organization in India that sets standards for products, including toys. The toys seized were found to be non-compliant with the safety standards set by BIS, and therefore were deemed unsafe for children.

The toy seizure was part of a larger crackdown by the Indian government on products that do not meet quality standards, as the country looks to improve consumer protection and ensure the safety of its citizens. The toys that were seized were mainly imported from China and were found to be made of substandard materials, with sharp edges and small parts that posed a choking hazard for children.

This is not the first time that toys have been seized in India for lack of BIS quality mark. In the past, there have been similar cases of toy seizures, as well as seizures of other products such as electrical goods, that did not meet safety standards. However, the recent seizure of over 18,500 toys is significant, as it highlights the scale of the problem and the need for stricter enforcement of quality standards in the country.

Despite the government’s efforts, however, it is clear that there is still a long way to go in ensuring that all products in India meet safety standards. The toy seizure is a reminder that more needs to be done to protect consumers and ensure the safety of products. It is important for the government to continue to crack down on non-compliant products, and for manufacturers and retailers to take greater responsibility for ensuring that the products they sell meet safety standards. Consumers also have a role to play, by being vigilant and checking for quality marks before purchasing products.

The recent seizure of over 18,500 toys in India for lack of BIS quality mark highlights the scale of the problem of non-compliant products in the country and the need for stricter enforcement of quality standards. The Indian government has taken steps to improve consumer protection and ensure the safety of products, but more needs to be done. Manufacturers and retailers also have a responsibility to ensure that the products they sell meet safety standards, and consumers need to be vigilant and check for quality marks before purchasing products.

2023-01-15
Mahender
Previous: Auto Expo – The Motor Show 2023 welcomes visitors at the start of the weekend
Next: Floristique Singapore Gets ‘Greener’, as The First Florist To Transition to Electric Vehicles