Can Winters Cause Heart Attack?

Winter season can be fun, as long as it is mild and you have adequate resources to keep yourself warm. However, for some people, winters can lead to health issues. Apart from the common flu and other seasonal diseases, the cold can also trigger more serious conditions such as heart attack and stroke. 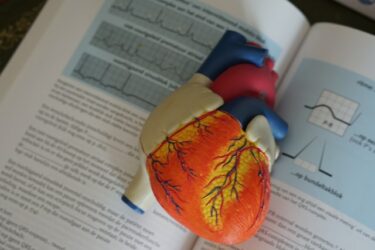 There is enough data to show that heart attack and stroke cases increase during the winter season. Real world studies reveal that heart attack cases are around 33% more during winters. Here’s a look at some reasons that explain why winters can cause heart attacks.

Constricted blood vessels – If you are outside and not adequately clothed, your body will feel the cold in a much stronger manner. As a coping mechanism, the blood vessels will constrict. Blood pressure will increase as a result, putting additional pressure on the heart. While healthy folks should not have any major problems handling the cold, those already facing heart issues may witness increased risk of heart attack and stroke.

Reduced flow of oxygen – With the constriction of blood vessels caused by the cold, oxygen supply to heart muscles may reduce dramatically. This in turn can increase the risk of heart attack and stroke.

Fluid retention – During summers, a significant percentage of bodily fluid is released outside via sweat glands. In comparison, there is very little activity of the sweat glands during winter season. As a result, there is usually higher fluid retention within the body during winters. Here again, the applicability will be on folks who are old or have specific health issues such chronic kidney disease. More fluid retention means higher blood pressure, which increases the risk of heart attack and stroke.

Hormonal changes – In response to cold, the body naturally increases production of cholesterol and blood clotting agents. This can be a problem for folks who already have clogged arteries. Clots can form in the brain causing stroke or the arteries supplying blood to the heart can get choked causing heart attack or heart failure.

Fatty foods – Fatty foods tend to be preferred during winters, as they seem to work against the cold. However, these can increase the risk of heart attack and stroke among people who already have heart related issues.

Lack of exercise – Due to extremely cold weather outside, common exercises such as long walks, jogging, etc. may not be possible. This applies to folks who may lack access to an air-conditioned gym or other similar facilities. Ignoring physical exercises during winters, coupled with other reasons, can increase the risk of heart attack and stroke.

Lack of sunshine – Although not conclusively proved, some studies have shown a link between heart disease and vitamin D deficiency. During winters, it may not be possible to get natural vitamin D from sunlight. This could be one of the reasons for increased risk of heart attacks and strokes during winter season.

If you have heart health issues, it will be better not to ignore the points mentioned above. Try to stay warm, exercise at home, eat healthy and get your medical tests done during the winters. You can also talk to your doctor to know the best ways to keep yourself safe from heart attack and stroke during winter season.

Ahead of World Cancer Day, experts emphasize on the importance of a stem cell transplant in treating blood cancer patients

Arrhythmia: Learn About Types, Risk Factors and Ways To Prevent This Heart Condition

3 out of 4 Indians Suffer from Vitamin D Deficiency

Tips to keep your heart healthy during winters