How To Cheat Lie Detector Test?

Lie detector test, also known as polygraph test, is often used by investigators to link a suspect to the crime. It can also be used as a tool to eliminate suspects, so that the person who actually committed the crime can be identified. While investigators often rely on polygraph tests, its ability to detect lies is debatable. According to some experts, a lie detector test can be only around 50% effective. 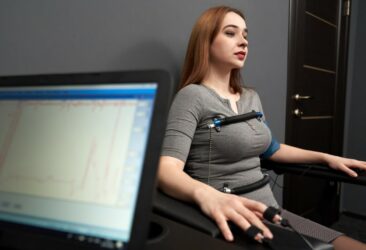 How to hack your vital signs

There are several ways you can fake your vital signs. It can involve both physical and mental aspects. For example, you can bite your tongue or cheek to the point it starts to hurt. This is likely to spike your vital signs. Some criminals have also created internal injuries before taking a polygraph test. These injuries are not visible on the outside and yet they are able to experience constant pain. This creates a false baseline of their vital signs.

The other option is to create mental anguish in your mind. For example, you can start thinking about your worst fears or your most painful or saddest moments in life. Such thoughts can also reflect on the polygraph test.

Some states allow lie detector test results to be admitted as evidence. However, it can be done only when both parties agree to it. As lie detector tests can be cheated and falsified, they are not as good as a fingerprint or DNA evidence. At most it can work as supporting evidence.

2021-12-25
Satya Prakash
Previous: InsuranceDekho is keeping up the speed of business with an NPS of more than 90%
Next: How to engage your toddlers in different activities

Which Is Most Stolen Car In The World?

Will 5G Heat Up Your Smartphone?

Understanding The Transition of SIEM to Data Lake and the Emergence of SOAR?