93.2% of employees agree that job titles are very important—research report 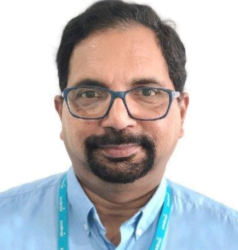 The International Journal of Creative Research Thoughts (IJCRT) published a report on research conducted by Dr. Ganesh Kelagina Beedu Shenoy in November 2021. The title of the research is “Are Job titles really important?” and the study was conducted to ascertain the significance of job titles to employees. The research covered topics such as the importance of job titles, flat organization structure, motivation theories supporting the importance of job titles, holacracy, title inflation, title negotiation, and criticisms published by management experts on flat organization structure and holacracy. The survey revealed that 93.2% of respondents agreed that job titles or designations are very important.

Key highlights of the research findings are:

Most of the people surveyed agreed that the job titles are very important.

93.8% respondents agreed that promotions with a change in job title would motivate them.

Though 78.7% of the people surveyed said that the flat structure without any job title is bad. Surprisingly 21.3% of the respondents are willing to work in a flat structure.

The survey uncovered that 62.9% of respondents are in favour and 37.1% are against title negotiation.

Even though 72.5% of surveyed people don’t want to work in an organization that doesn’t have any job titles, 27.5% of respondents are willing to work in organizations with a Holacratic structure in which no job titles exist.

90.10% of respondents agreed that job titles are important and will enhance a person’s social status.

The detailed research report can be downloaded free by clicking the below link:

Dr. Ganesh K. Shenoy is an experienced HR professional with over 30 years of vast experience in the field of Human Resources Management. Ganesh is from Mangalore, India and has been residing in Qatar since 2007. His qualifications include a Master of Social Work with specialization in Personnel Management & Industrial Relations from the School of Social Work at Roshni Nilaya in Mangalore, India, a Master of Labour Studies from Madurai Kamaraj University in Madurai, India, and a PhD from Selinus University of Science and Literature in Italy. Ganesh Shenoy has been heading the human resources department of Sodexo Qatar since 2007.

2021-12-06
Mahender
Previous: Baby Blobs – An NFT That Grows With You
Next: Wolf777 News comes on board as Title Sponsor of Lanka Premier League