Can A Magnet Damage Your Smartphone?

With their sensitive components, delicate connections and complex circuitry, smartphones are easily susceptible to damage. Just a drop from a few feet can damage these devices. Some people also worry that things like magnets can damage their smartphone. 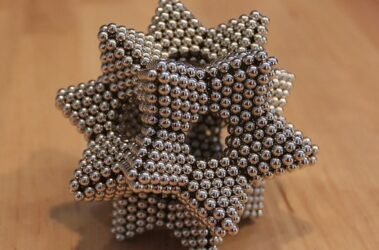 Magnets can be found in most homes, such as in toys, speakers, refrigerator magnets, etc. It makes us wonder if a magnet can damage a smartphone. To answer that question, here are some important things to know.

Data – One common worry is that a magnet can ruin the data stored on the smartphone. This is especially true in case of neodymium magnets that are nowadays widely available in homes for various projects and hobbies.

Screen – Many people think that magnets can damage smartphone screens. We have seen quite a few videos that show magnets distorting the images on old-generation television screen. This makes us think that the same could happen to our smartphones.

However, the fact is that older television screen technology is entirely different from smartphone screen technology. The former depended on movement of electrons, which was easily disturbed with magnetism. Most smartphones have LCD and LED screens and their derivatives, which are unlikely to be impacted by small magnets.

Sensors – While much of your phone will not be affected by small magnets, there could be a possibility of impacting internal components such as magnetic sensors. These are used for navigation, which could be impacted if a magnet has caused changes to the inbuilt magnetic sensors.

Any apps that utilize information from these sensors will also be impacted. However, small magnets found in homes are usually considered safe for smartphones.

Level of exposure – When it comes to determining whether magnets can damage smartphones, one needs to consider the amount of exposure. It is just like Wi-Fi and microwave oven that operate on the same 2.4 Ghz wavelength range.

However, your Wi-Fi does not fry you because it emits the signals at a very low power rating. In comparison, a microwave oven will use the same signals at higher power and in a more focused manner.

This comparison can be applied to everyday use magnets and large, industrial use magnets or electromagnets. So, in a home environment, your smartphone is unlikely to be impacted by small magnets lying around. However, if you are inside an industrial, scientific, research or medical complex that has super-sized electromagnets, it would be better to keep your smartphone in a safe place.

Why Planes Don’t Fly Over Tibet?

Will 5G Heat Up Your Smartphone?