How To Spot Fake Dollar Notes?

Counterfeit money is a big problem in several countries, even when current generation currency notes have multiple security features. The US dollar faces the biggest threat, as it is accepted in most parts of the world. 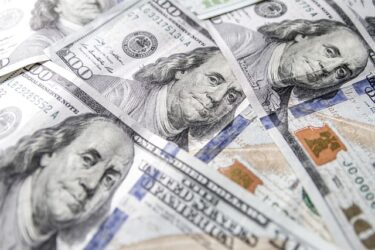 As per estimates, around $70 million counterfeit US dollars are in circulation. Real numbers could be even higher, as the estimates are based on the amount of fake currency identified and seized by authorities. To keep your money safe, here’s a look at how to spot fake dollar bills.

Raised printing – A genuine US dollar note will have raised printing. You can feel it when you move your fingers over the surface of the note. Raised printing is possible only with advanced printers. It cannot be done with the standard printers used in homes and offices.

Security fibers – US dollar notes contain red and blue security fibers. These can be seen when exposed to UV light.

Watermark – You can see the watermark of numeral of respective currency when you hold the note against a light source. The watermark can be seen from both sides of the note. This feature is present from 5 dollar note and above.

Color shifting ink – This feature is available from 10-dollar note and above denominations. At the lower right corner, the numeral 10 will change color from copper to green when tilted.

3D security ribbon – This feature is specific to 100-dollar note. In the blue ribbon, 100 numeral and bell image interchange when the note is tilted back and forth. The security ribbon is woven into the note and not printed on it.

Bell in the inkwell – This feature is there in 100-dollar note. The bell changes color from copper to green when tilted, in effect creating the illusion of disappearing and reappearing.

2023-01-20
Satya Prakash
Previous: Lion One Secures US$37 Million Financing Facility from Nebari
Next: Chinese consumers are eager to purchase luxury as a means of social advancement and self-differentiation, finds KPMG report

What Happens When A Country Becomes Bankrupt?

What Is Depreciation? And How Do You Calculate It?

What Happens If Everyone Sells Their Stocks?

How To Make Money During Inflation?

Why Making Money Is So Difficult?