Which Is Most Stolen Car In The World?

Cars have come a long way in their evolution and are part of all the good things in life. However, cars can also have negative aspects such as accidents or the financial burden associated with their acquisition. Another reason for anxiety associated with cars is the risk of the vehicle being stolen. Car thefts are a major problem in the world. In US alone, around 720,000 vehicles are stolen every year. Even with advanced anti-theft devices and systems, one can never ensure 100% safety of their car. 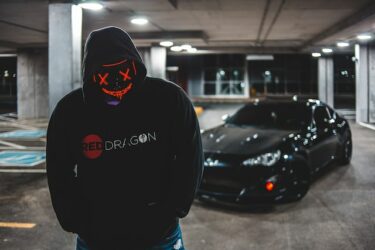 Chevrolet Pickup – This is one of the most popular full-size pickups in US. Naturally, their numbers are quite high across various towns and cities. As per available data, one out of 10 vehicles owned in US is Chevy Silverado. That means, around 1.55% of all cars on the road comprise Chevy Silverado. As Chevy Silverado is offered at premium pricing, it is often a preferred target for car thieves. And since these can be easily found, car thieves do not have to carry out extensive reconnaissance.

Another reason why pick-ups are among the most stolen vehicles is that they can later be used to commit other robberies and carry the loot. In 2022, around 48,206 units of Chevrolet Pickups were stolen. This makes it the most stolen car of 2022.

Ford Pickup – These are just as popular as the Chevy pickups. So, the same reasons apply, as to why Ford pickup trucks are among the most stolen cars in the world. Most popular options are Ford F-150 and F-250, especially in the heartland.

In one of the biggest car thefts, Ford F-150 Raptor pickup trucks worth $1 million were stolen from a storage warehouse in Michigan. Some of the vehicles were recovered later, but quite a few parts were missing. This is a common approach used by car thieves, as individual parts are easier to sell in the black market. In 2022, 47,999 units of Ford pickup trucks were stolen.

Honda Civic – This is quite popular across urban centers. As these are easy to spot, it is preferred by car thieves. Another factor is that security of the car is not up to the mark, especially in case of older models. The car has quite a few parts that can be removed and sold individually. In 2022, 31,673 units of Honda Civic were stolen in the US.

Honda Accord – This is one of the most popular sedans in the US. Around 3% of all cars on the roads are Honda Accord. As they are easily available, Honda Accord is an easy target for car thieves. Here too, older models may lack advanced security systems. Many of the parts of Honda Accord, Honda Civic and other Honda cars are interchangeable, which is another reason why car thieves target these cars. In 2022, 30,274 units of Honda Accord were stolen in US.

Toyota Camry – These are one of the most durable cars on the roads. That means even older models and their individual parts can fetch a good price in the black market. Thieves are able to target older models of Camry that have less of security features. In 2022, 17,270 units of Toyota Camry were stolen.

How Insurance Companies Will Delay Your Motorcycle Accident Claim