Which Religion Has Highest Millionaires?

Whether wealth creation is linked to religion has been a topic of academic studies. Discussions around this topic seem relevant, as religious beliefs and practices are a key determinant of how we work and live our lives. 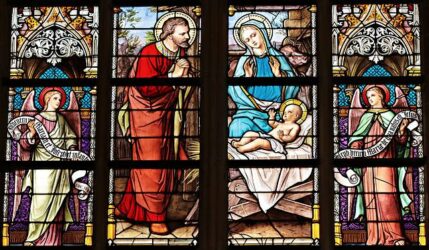 Christianity – As of now, Christianity is the wealthiest religion in the world. It is estimated that around 55% of the world’s total wealth is with Christians. This data is demographically relevant, as Christianity has the highest number of followers in the world. Christian population is estimated to be around 2.382 billion, which is around 31.11 percent of the world’s population. Studies have also found that out of the total millionaires on the planet, around 56.2% are Christians. Here, Christians include all the various denominations such as Catholic, Protestant and Orthodox.

Non-believers / No religion – It is estimated that around 34.8% of the world’s total wealth is with people who do not practice any type of religion. Millionaires from non-mainstream religions and non-religious individuals constituted around 31.7% of the world’s total millionaires. For many experts, this may indicate towards the declining influence of religions across the globe. The impact of this on society will be evident over the long term. Having faith gives hope and courage, so it remains to be seen if the no-religion movement could be sustained.

Muslims – It is estimated that around 5.8% of the world’s overall wealth is with Muslim community. Global Muslim population is around 1.907 billion, which is approximately 24.9% of the total population of the world. While there are several denominations of Islamic schools and branches, the two main categories are Sunni Islam and Shia Islam. Out of the total millionaires in the world, around 6.5% are from Muslim community. Some of the countries with large population of Muslims are Indonesia, Pakistan, India, Bangladesh, Nigeria, Egypt, Iran, Turkey, Algeria and China.

Hindu – Hindus hold around 3.3% of the world’s overall wealth. Total Hindu millionaires are around 3.9% of the total millionaires in the world. Hindus number around 1.161 billion, which is around 15.16% of the overall world population.

Jews – Overall wealth held by Jews is around 1.1% of the global wealth. Around 1.7% of the millionaires in the world are Jewish. People following Judaism are around 14.7 million, which is around 0.18% of the total population of the world.

As is evident from above, wealth is largely proportional to the overall population of a particular community. Even non-religious people have created more than 1/3rd of the world’s overall wealth. It shows that wealth creation is likely linked to individual efforts and not necessarily to any specific religion.

5 Tips for Women Starting Their Journey in Mountaineering

What Is Maintenance Cost Of Eiffel Tower?

A Complete Guide to Cleaning Your Diamond Jewellery at Home (2023)

Who Is World’s Richest Scientist?

Which Countries Get The Most Sleep?