What Happens When A Country Becomes Bankrupt?

Just like individuals and corporates, nations can also become bankrupt. It happens when a country does not have money to pay its debts or the interest applicable on its debts. Nations also issue foreign-currency-denominated bonds to international investors in order to get money. In case a country goes bankrupt, it will not be able to repay the value of the bonds and the applicable interest. 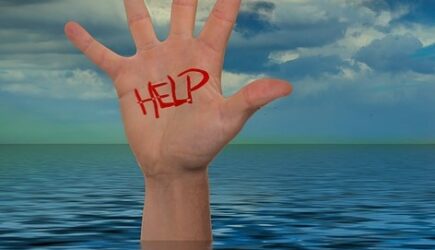 In the current geo-political scenario, it is evident that a number of countries are facing financial problems. Inflation is at an all-time high in several parts of the world. It is possible that some of these countries may be forced to declare bankruptcy. To understand what happens when a country becomes bankrupt, here are some important things to know.

Request IMF for a bailout package – This is the most common route taken by countries to recover from a bankruptcy situation. The International Monetary Fund (IMF) not only provides financial assistance, but also suggests ways and means to revive the economy. IMF’s expert teams collaborate with the defaulting country’s designated economic task force to work out ways to generate revenue and reduce government expenditure.

It is to note that IMF provides funds only when the defaulting country agrees to abide by the rules of the bailout agreement. When taking financial assistance from IMF, a bankrupt country often has to take very strong measures such as raising taxes, ending subsidies, implementing deep budget cuts, controlling tax evasion and simplifying processes for ease of doing business. In effect, a bailout package from IMF comes with a lot of strings attached.

Debt restructuring – Another option available to a country that has declared bankruptcy is to negotiate with its creditors to restructure their debts. If the deal is approved, the interest payments may be halted for few months and the principal repayment period may also be extended. In some cases, a part of the debt may be entirely written off. While this may benefit the defaulting country, it will be financially painful for the creditors. However, there is usually no other choice, as creditors have no other means to recover their loaned amount.

Seizure of overseas assets – In case of an individual or organization that becomes bankrupt, their assets can be auctioned by the creditors. However, creditors cannot exercise the same privilege in case a country becomes bankrupt. While creditors cannot touch the internal assets of a country, it may be possible to confiscate assets of the country located at international locations. But this could involve lengthy court battles, so such measures are taken only as a last resort.

Austerity measures – If there is willingness on part of the government and its people, savings can be increased significantly with a wide range of austerity measures. Just by avoiding wastage of critical resources such as fuel, electricity, water, etc., significant savings can be achieved. Things like work from home, using public transport, etc. can help. All stakeholders can start avoiding unnecessary expenses, which will eventually benefit the country’s economy.

How To Spot Fake Dollar Notes?

What Is Depreciation? And How Do You Calculate It?

What Happens If Everyone Sells Their Stocks?

How To Make Money During Inflation?

Why Making Money Is So Difficult?